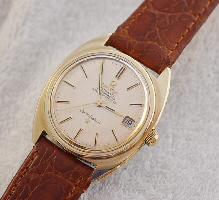 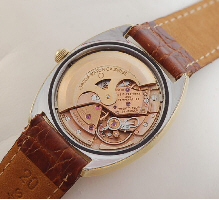 The OMEGA 561 specifically designed for constellation models was launched in 1959, its winding was created with exceptionally low gearing-the slightest movement of the wrist would drive the rotate in either direction.

By using satellite and reduction wheels unique to OMEGA every movement of the wrist is used to wind the mainspring.

Before the crash of the Swiss watch industry at the beginning of the 1970s the OMEGA range consisted of over 2000 different case styles, a large number of these constellation.

Financial problems led to OMEGA cutting back on the number of models and limiting the production of mechanical watches . This in my opinion was the end of the golden years of wrist watch manufacturing.

On a personal note, after serving my apprenticeship with GIRARD PERREGAUX watches I went to work for the OMEGA watch company. The constellations from before 1970 are in my opinion the best high volume watches ever produced. The reliability, finish of the movement, and the distinctive styling of the cases is unsurpassed.